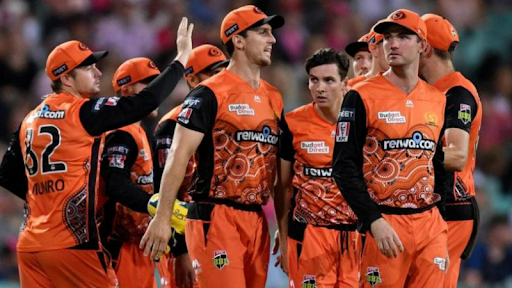 Cricket Australia has set ticket on-sale schedules for BBL matches outside of Western Australia, casting uncertainty on whether the games would be held in Perth.

Cricket Australia is hoping that the men's Ashes will finish at Optus Stadium as scheduled this year, giving Perth its first ever international cricket match of the COVID-19 phase.

The BBL, which kicks off on December 5, presents a more pressing and challenging challenge for a regulatory body tasked with shepherding players, officials, and broadcasters around the country. On the 8th, 11th, 20th and 26th of December, and also 5th and 6th January, the Scorchers will host matches in Perth.

Organizers of the BBL are selling tickets for seven of the eight teams' home matches this week, with Perth being the noticeable exclusion.

CA stated that organizers of the BBL are selling tickets for seven of the eight teams' home matches this week, with Perth being the noticeable exclusion. The representatives explained that The Western Australia government, CA, WA Cricket and The Perth Scorchers are working together to better understand the hygiene and safety standards for events at Optus Stadium. They added that if approved, the league intends to bring a full quota of Scorchers home games to Perth and will announce further developments soon.

The Sydney Cricket Ground has been given permission to operate at full capacity in NSW, whereas WA will close its borders until late January if not later.

Last week, WA Premier Mark McGowan stated that he was quite "confident" that a deal could be established to keep the fifth Test, which begins on January 14, in Perth.

The BBL is resuming to a usual home-and-away season, whereas those operational concerns involve two teams and a series finale.

The Scorchers could theoretically host the Brisbane Heat, Hobart Hurricanes, and Adelaide Strikers in the Twenty20 competition's opening phase, as long as those squads fly directly from their home districts and have the “luxury” of quarantine-free travel to Western Australia.

But that would necessitate dismantling the current program, which seems improbable considering how quickly seats will be snapped up.

Recent WBBL tournaments were held in Perth, but only because participants arrived after spending time in the 'clean' state of Tasmania.

WA Cricket CEO Christina Matthews said 2 weeks ago that Perth would be obliged to play the entire BBL series on the road. She added that as of now, that is the worst-case situation; they will have to wait and see.

The fact that every BBL player has received at least one COVID-19 vaccine should help with biosecurity considerations, but CA is ultimately at the mercy of WA.

BBL boss Alistair Dobson stated that it's great to see state borders open up for the BBL, which means they can keep playing the entire home-and-away schedule they planned in July.