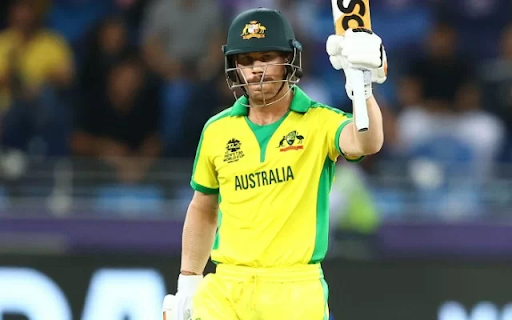 David Warner will miss Australia's next five-match T20I series against Sri Lanka, which will begin on February 11, 2022. Jhye Richardson, the kangaroos' bowler, will also miss the team's historic journey to Pakistan in March.

In March of this year, the Australian cricket team will visit Pakistan for the first time in almost two decades for a full-fledged series consisting of three Tests, three ODIs, and a T20I match. During the second Ashes Test against England, Richardson developed a foot injury.

Cricket Australia (CA) has opted to rest Richardson due to the kangaroos' busy schedule over the next few years.

The Australian cricket squad features a wide range of fast bowling options. Mitchell Starc is a left-arm spinner, Pat Cummins is a seasoned pacer, Josh Hazlewood has regained full fitness, and Scott Boland wowed everyone with his outstanding performance in the Ashes series against England.

In addition, Ben McDermott has had a great year with the bat in the Big Bash League (BBL), and he will almost certainly be selected in the Australian T20 squad, opening with skipper Aaron Finch. For the T20I series against Sri Lanka, Matthew Wade will wear the wicket-keeping gloves for Australia. Wade, on the other hand, might not go to Pakistan.

In March, Australia will send a nearly full-strength team to Pakistan. Marcus Harris is anticipated to return to the Australian Test team, while Usman Khawaja is also expected to play in the Pakistan visit.

Veterans Warner and left-arm bowler Mitchell Starc are expected to play only the Test series against Pakistan because of the bio bubble life. He will not be available for the upcoming limited-overs assignment. The trip to Pakistan will begin on March 3, 2022, with the first Test match scheduled at the National Stadium in Karachi.