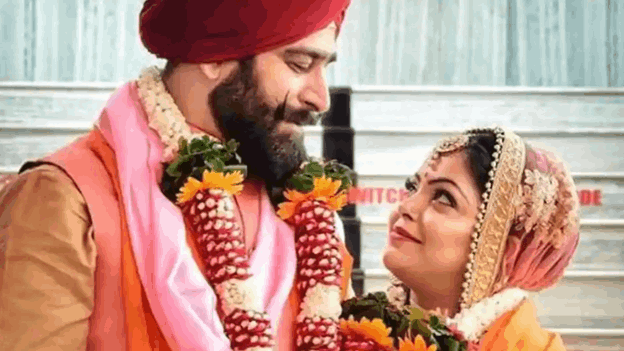 The late actor, Divya Bhatnagar's brother, said she had been subjected to abuse at the hands of Gagan Gabru, her husband. Divya died on Monday due to complications from Covid-19.

In an interview, her brother Devashish said that she had left behind a note describing the violence she had faced during her marriage and that in November she had also filed a police complaint.

He told The Times of India Soon after their marriage, Gagan started physically and mentally torturing Divya." On November 7, she wrote a note in which she claimed that Gagan was torturing her and abusing her. Yesterday, we found the letter in her cupboard. She had also informed the police and filed an NC against him on November 16, after a domestic violence incident. During her hospitalization, I told her to stay sane when I had to talk to her.

Actor Devoleena Bhattarcharjee had previously posted a video in which she accused Gagan of bringing Divya through hell and promised that she would put him in his place. She said, "Because I have to talk about the mental stress and physical abuse she had to suffer, and the man who is responsible for it I'm making this video."

"She went on, "Gaggan Gabru, I'm talking about you. You've posted that Divya's mother and brother are against your friendship, and because of you, they're getting attention. That's who you are? You aren't anything. You came here, asking for her approval. For four years, because of you, I have cut off ties with her. Who are you to advertise, now I will give you publicity.

With Covid-19 and pneumonia, Divya was diagnosed. Last week she was put on ventilator support, and her family said her condition was severe. To ensure better medical services for her, her family had also moved her to another hospital.