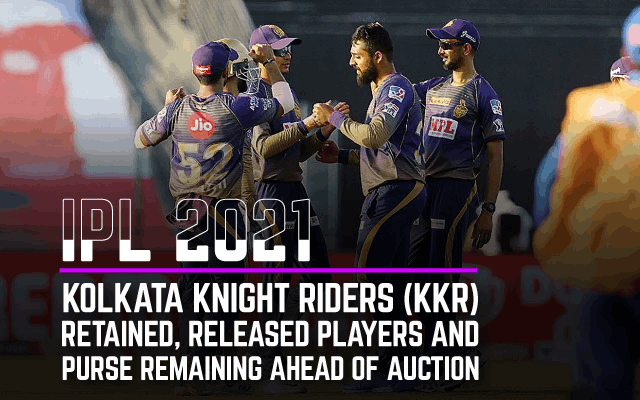 Kolkata Knight Riders didn't have a very successful tournament last year. They failed to qualify and finished in fifth place in the playoffs. The 2020 edition also saw the side also changing captaincy duties, with Eoin Morgan after Dinesh Karthik stepped down wearing the skipper's hat.

The last time KKR lift the IPL trophy was way back in 2014. The 3rd IPL title has always shunned them even though they made the playoffs for three consecutive years (2016, 2017 and 2018). And that side has struggled to qualify for the IPL playoffs in the last two seasons.

Kolkata Knight Riders have agreed to let Tom Banton go before the 2021 IPL edition. The right-hander struggled to succeed in the 13th edition of the IPL with the willow. Banton scored 18 runs in two matches, posting low scores in each of the opportunities he got in the UAE's deserts. Banton has not performed well as expected in the IPL and also in the international arena.