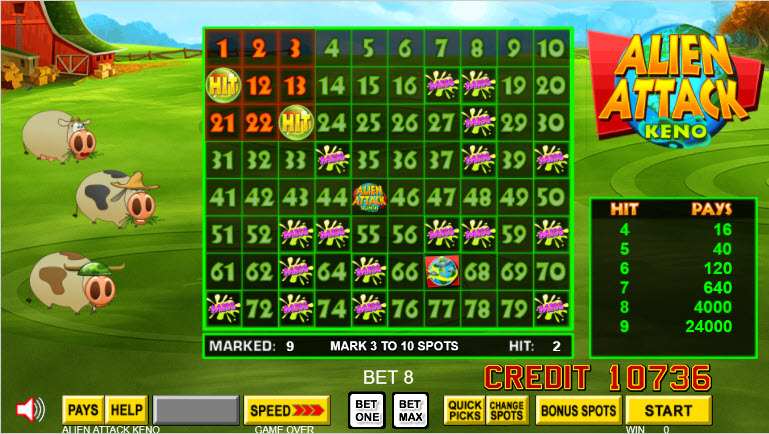 Alien Attack Keno is an action game of keno. It includes a bonus and a bonus within a bonus, all of which are based on a conflict between cows and aliens. 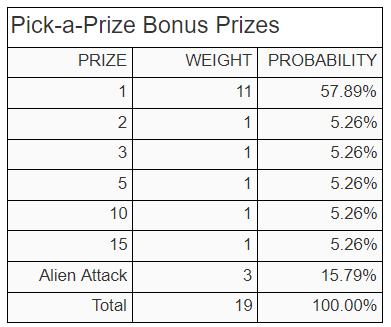 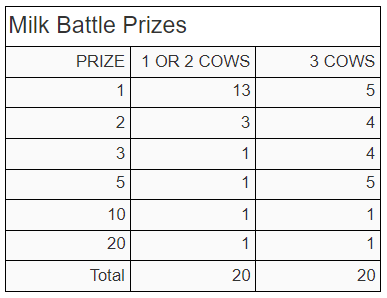