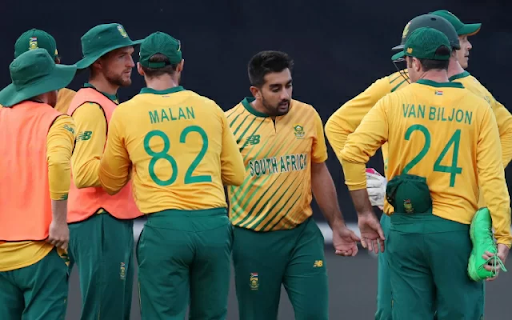 The tournament will be held in the United Arab Emirates and Oman from October 17 to November 14. The Proteas will be headed by Temba Bavuma, who will be in charge of his first major multi-tournament assignment since taking over as captain.

Imran Tahir, a senior leg-spinner and all-rounder Chris Morris, regulars in franchise-based short-format leagues, have been left out of the squad. Tahir was with the Birmingham Phoenix, the runners-up in the inaugural Men's Hundred 2021. He took 10 wickets in nine matches at a strike rate of 24.50 and is now the fourth-highest wicket-taker in the ongoing CPL 2021, with 11 wickets in eight games for the Guyana Amazon Warriors.

Morris last played for Rajasthan Royals during the currently-suspended edition of the Indian Premier League. He took 14 wickets at an excellent average of 16 in seven games before the season was postponed.

Meanwhile, all sides have until October 10 to confirm their World Cup squads, including South Africa. On October 23, the team will face Australia in Abu Dhabi to begin their campaign.