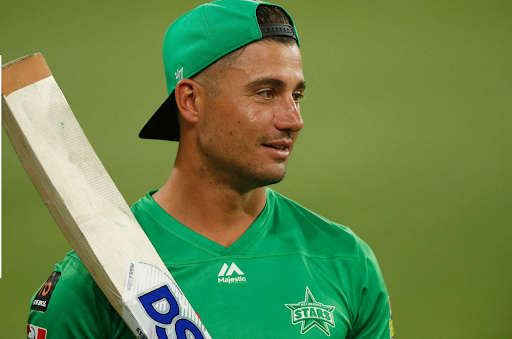 The Melbourne Stars will be strengthened by several major additions for their first BBL|11 home matches, but Marcus Stoinis, the Australian T20 World Cup star, will only be participating as a batter until the New Year.

Marcus Stoinis, the Australian T20 World Cup star, has stated that he intends to return to bowling during the KFC BBL|11, but has not specified when that will be.

After being unavailable for the Melbourne Stars' season opening last Sunday due to a side injury, the 32-year-old is scheduled to return to duty at the MCG on Friday against the Sydney Thunder.

In that encounter, an understrength Stars team was bowled out for 61 in 12 overs in response to the Sixers' 4-213.

Stoinis, on the other hand, has stated that he will not bowl in the BBL when he returns.

The allrounder hasn't played since bowling three overs against Sri Lanka in Australia's second T20 World Cup game. However, he intends to return as soon as possible to help the Stars win their first BBL title.

Stoinis stated on Thursday that he is quite confident that he will be bowling in BBL, but he didn’t appear to be comfortable in confirming a date as it creates a sense of expectation on it. He said that he is not sure when he will start bowling, but it will most certainly be in the new year.

The Stars were keen to avenge last weekend's setback in front of their home fans on Friday night, according to Stoinis. He added that they have a solid team now they are very excited to have Qais Ahmad and Andre Russell on board.

Stoinis commented that Russell has been undoubtedly one of the finest T20 players in the world and he believes the borders here in the stadium are not big enough to stop him. He also praised Qais for being brilliant on this track too, given it has large square boundaries, he bowls quickly, and he has plenty of T20 experience.