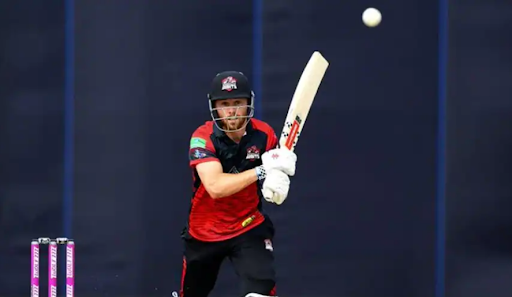 In a late Saturday evening match, the Dambulla Giants batted first and scored 138 for nine in 20 overs. The team features Shoaib Maqsood (24 off 22 balls) and Phil Salt (21 off 18) are among the key contributions. With numbers of 3/25 and 3/27, Colombo Stars bowlers Jeffrey Vandersay and Ravi Rampaul were the stars of the bowling.

The Colombo Stars were unable to get their chase started as they continued to lose wickets at regular intervals. With a magnificent unbeaten 65 off 40 balls, Dinesh Chandimal kept the Stars' spirits high, but he continued losing teammates at the other end.

Chandimal, who hit four boundaries and three sixes, single-handedly lifted the game to a new level, with the Stars needing six runs from the final delivery. The Stars, however, only scored a boundary from Chandimal's penultimate ball, falling short of their objective.

With scores of 3/18, Tharindu Ratnayake was the highlight of the bowlers for the Dambulla Giants.

Kandy, who had struggled throughout the competition, put the Galle Gladiators under strain by limiting them to 127 for 7 in 20 overs. The Kandy Warriors' bowling attack was led by Kamindu Mendis, who took three wickets for 25 runs. With figures of 2/17, Nimesh Vimukthi also made a significant impact.

Ravi Bopara led the pace for Kandy Warriors with an undefeated 34, followed by Tom Moores' 28 and Charith Asalanka's 21.

In this LPL match, Dambulla Giants defeated Colombo Stars by one run, with opening batter Niroshan Dickwella top-scoring for the winners with 30.

The winning captain, Dasun Shanaka told the media that there were some difficult decisions, but he believed he made the right one; credit to Chamika for bowling the final over. He commented that he initially thought the spinner (Jayathilaka) would bowl the final over, but Chamika's variations and technique convinced me otherwise, and he delivered. The skipper added that before the playoffs, they will give some of the other men a chance to show what they're made of.