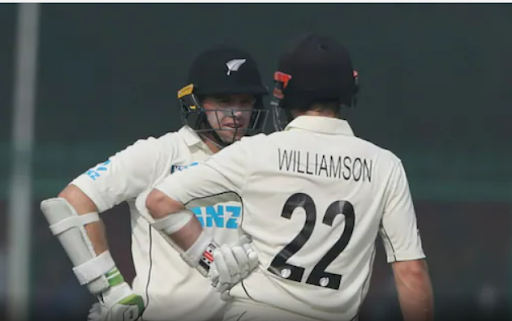 New Zealand Cricket(NZC) announced on Wednesday that Tom Latham has been designated skipper for the Bangladesh Test series after regular captain Kane Williamson was pulled out due to an elbow injury.

Devon Conway, the wicketkeeper-batsman, has returned to the team after recovering from an injury that forced him to miss the India tour.

NZC stated that with their usual captain Kane Williamson made unavailable because of injury, Tom Latham will lead the team for the first time for a complete series, having previously stepped in to take on the position four different times previously.

Tim Southee, Trent Boult, Neil Wagner, Kyle Jamieson, and Matt Henry are among the 13-man team's fast bowlers who will seek to take advantage of the home conditions.

Because there was no room for a specialist spinner in the 13-man team, left-arm spinner Ajaz Patel, despite his heroics in India, was left out, with Rachin Ravindra and Daryl Mitchell filling the spin and seam all-rounder positions, respectively.

Gary Stead, New Zealand's head coach, stated he has everything prepared for both Bay Oval and Hagley Oval.

Stead remarked that it is nice to be back in home soil and at the stadiums that they are familiar with, where they have had recent success. He commented that it is understandably unfortunate that Williamson won't be joining them for this series, but as they reported in India, Williamson will be resting for a while before undertaking physiotherapy, strengthening, and gradual batting loading.

The Kiwi coach stated that they have complete faith in Tom to lead the team, as he has done so in the past when necessary.

Stead also said that he does feel for Patel especially after his record-breaking performance in India. However, he added that they have always used a horses-for-courses approach to player selection, and they believe the players chosen are the better match for how they want to face Bangladesh at home.

Ravindra and Mitchell were also included, according to Stead. He said that they believe that having the two in the team provides them with a good balance and the capability to select a squad that is most suited in the environments they anticipate.