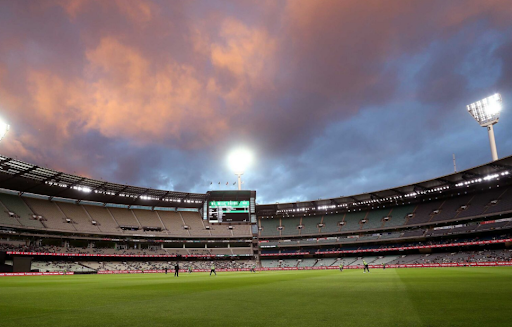 After a recent Covid epidemic in multiple team camps, the Big Bash League (BBL) has changed its schedule. The teams will relocate to Victoria, and new team bases will be established in Melbourne. Between January 10 and 16, seven of the eleven games will be played in Victoria.

It was also revealed in a statement that some games will be played in other states, including Sydney, which will host the Sixers and Thunder on January 15. On January 12, Brisbane will host a game between the Heat and the Adelaide Strikers at the Gabba. After these games, the teams will fly out on hired planes.

BBL General Manager Alistair Dobson told the media that The Big Bash has faced numerous COVID-related hurdles over the last week, but they have stayed consistent in their determination to finish the season safely and successfully. These modifications are intended to assist the League and Clubs in accomplishing this goal while also lowering the dangers to players, support staff, and the matches itself. He added that their sportsmen being based in one state gives them a lot more options when it comes to dealing with COVID-19's lingering effects. With the current COVID epidemic, Cricket Australia and the BBL organisers have made the health and safety of the players a major concern. Several Brisbane Heat players were infected with the deadly virus earlier this week, forcing them to play with a second-string team against Melbourne Renegades.

Meanwhile, the Perth Scorchers have been given a setback ahead of the KFC BBL finals, as top players Colin Munro and Jason Behrendorff have been placed in isolation as a result of COVID-19 protocols.

Munro, who is second on the BBL|11 run-scorers list, returned a positive PCR test overnight after initially feeling symptoms yesterday morning, according to the table-topping Scorchers.

Jason Behrendorff, a fast bowler, was declared a close contact and will spend the next week in isolation.

According to the current schedule, a week on the sidelines will cause the Scorchers players to miss three matches before returning in time for the team's last regular-season encounter on January 19.