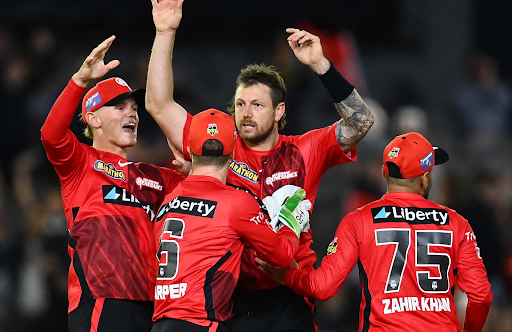 For the remainder of the KFC BBL|11, the Melbourne Renegades will be missing seasoned duo James Pattinson and Mohammad Nabi and foreign players Rashid Khan and Shadab Khan.

Pattinson, who has battled multiple ailments during his career and resigned from Test cricket last year to focus on playing for Victoria, has withdrawn from the Renegades squad to manage his body.

Meanwhile, Nabi has returned home to be with his family. The Afghanistan T20 skipper is expected to be called up for an ODI series against the Netherlands in Qatar, seeing Adelaide Strikers great Rashid Khan travel early.

The opening game of that series is set for January 21, but the leg-spinner is unsure how much longer he will be with the Strikers due to the ever-changing nature of the BBL and the implications of the lockout in the Netherlands.

Shadab, who plays for Islamabad United in the Pakistan Super League, knew his time with the Sydney Sixers would be limited because the PSL starts on January 28.

Due to fixture changes and a washout, the 23-year-old has only played two matches this season and will be seeking to improve on his solitary wicket in his last outing against the Renegades on Tuesday night.

It's yet another setback for the Sixers' spin bowling unit, which has already seen Ben Manenti ruled out for the season with a neck injury and veteran Steve O'Keefe suffer a finger injury just days after recovering from a calf strain.

It means that youthful combo Lloyd Pope and Todd Murphy, who was selected to join Shadab in the Sixers' most recent game, would be required to bear the spin bowling load for the rest of the BBL|11 season.

The announcement comes as BBL clubs have converted into a Victorian hub, with seven of the next 11 matches in Victoria.