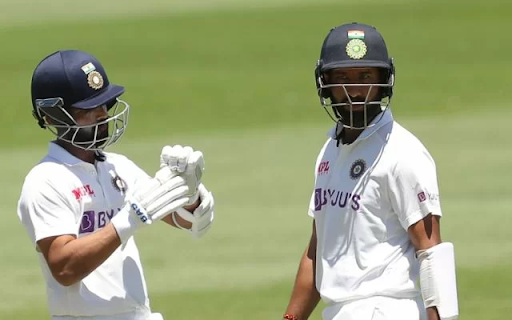 Cheteshwar Pujara and Ajinkya Rahane are expected to be demoted in the BCCI yearly contracts, only described as significant. The seasoned tandem has recently struggled for runs and has been heavily chastised as a result, and even their position on the side has been scrutinised. Because of all of these issues, the BCCI has decided to demote them from Group A to Grade B.

It's worth noting that Indian cricket is about to transform, with Virat Kohli stepping down as captain in all three formats. As a result, BCCI can make significant changes to the core contracts. While some underperforming veterans may be demoted, young people may be rewarded for their outstanding performance in recent years.

A draft of central contracts for October 2021 to September 2022 has been ready for some months, and the official announcement is expected to come soon. The BCCI annual contracts are separated into four categories for the uninitiated: A+, A, B, and C, each costing INR 7 crore, 5 crore, 3 crore, and 1 crore.

In addition to Pujara and Rahane, experienced pacer Ishant Sharma, whose value has fallen in recent months, is expected to receive a Grade B contract. Because annual contracts are awarded based on the previous year's performance, fast bowler Mohammed Siraj might be drafted from Grade C to Grade A or Grade B.

Axar Patel is also expected to be promoted to Grade B, although Umesh Yadav could be demoted to Grade C. The Grade B contract is likely to stay with Shardul Thakur. Meanwhile, there won't be many changes in the top two spots. Rohit Sharma, Virat Kohli, and Jasprit Bumrah are all expected to keep as A+ cricketers. KL Rahul, Rishabh Pant, Mohammed Shami, Ravichandran Ashwin, and Ravindra Jadeja, on the other hand, will continue in Grade A.