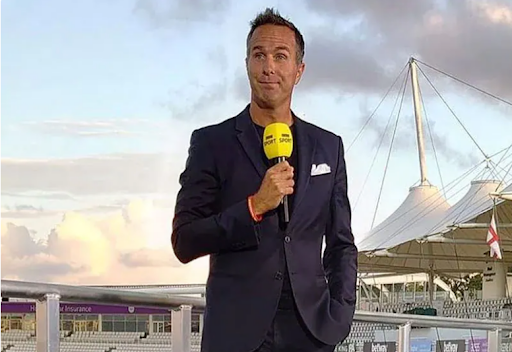 Michael Vaughan, the former England captain, has made a strong statement regarding the quality of cricket in the Pakistan Super League(PSL). The PSL is now in its seventh season.

On January 27th, PSL 2022 kicked off with a match between Multan Sultans and Karachi Kings. Pakistan recently wowed everyone with its performance in the ICC T20 World Cup, where they were beaten in a close semi-final by eventual champions Australia. The PSL features all of Pakistan's finest sportsmen, as well as some of the best cricketers from around the globe.

Vaughan wrote in his social media account that the Pakistan Super League is the world's second-best T20 tournament, and it's not far behind the IPL. He commented that its cricket is at a very high level.

Vaughan is notorious for trolling Indian cricket fans on Twitter, but this appears to be genuine praise for the franchise T20 league in Pakistan from the former Ashes-winning England captain.

Babar Azam, Mohammad Rizwan, and Shaheen Shah Afridi have recently been recognised by the International Cricket Council (ICC), with Afridi becoming the first Pakistani cricketer to win the ICC Men's Player of the Year title.

The Pakistan Super League (PSL) began in 2016, with Islamabad United winning the inaugural season, which featured five teams. Since 2018, the competition has been a six-team affair. Islamabad United has won the event twice, while Peshwar Zalmi, Quetta Gladiators, Karachi Kings, and Multan Sultans have each won it once.

The Indian Premier League (IPL) will be in its 15th season this year, with a massive player auction taking place later this month.

Furthermore, after India defeated Australia to reach the final of the present U19 World Cup on Wednesday, Vaughan was full of admiration for skipper Yash Dhull. India reached the final of the competition for the fourth time in as many years, thanks to Dhull's magnificent century. On Saturday, February 5, India will face England in the U19 World Cup final at the Sir Vivian Richard Stadium in Antigua. Following India's thrashing of Australia in the second semi-final, Vaughan praised the team on the internet, commenting that Indian cricket's future appears assured.